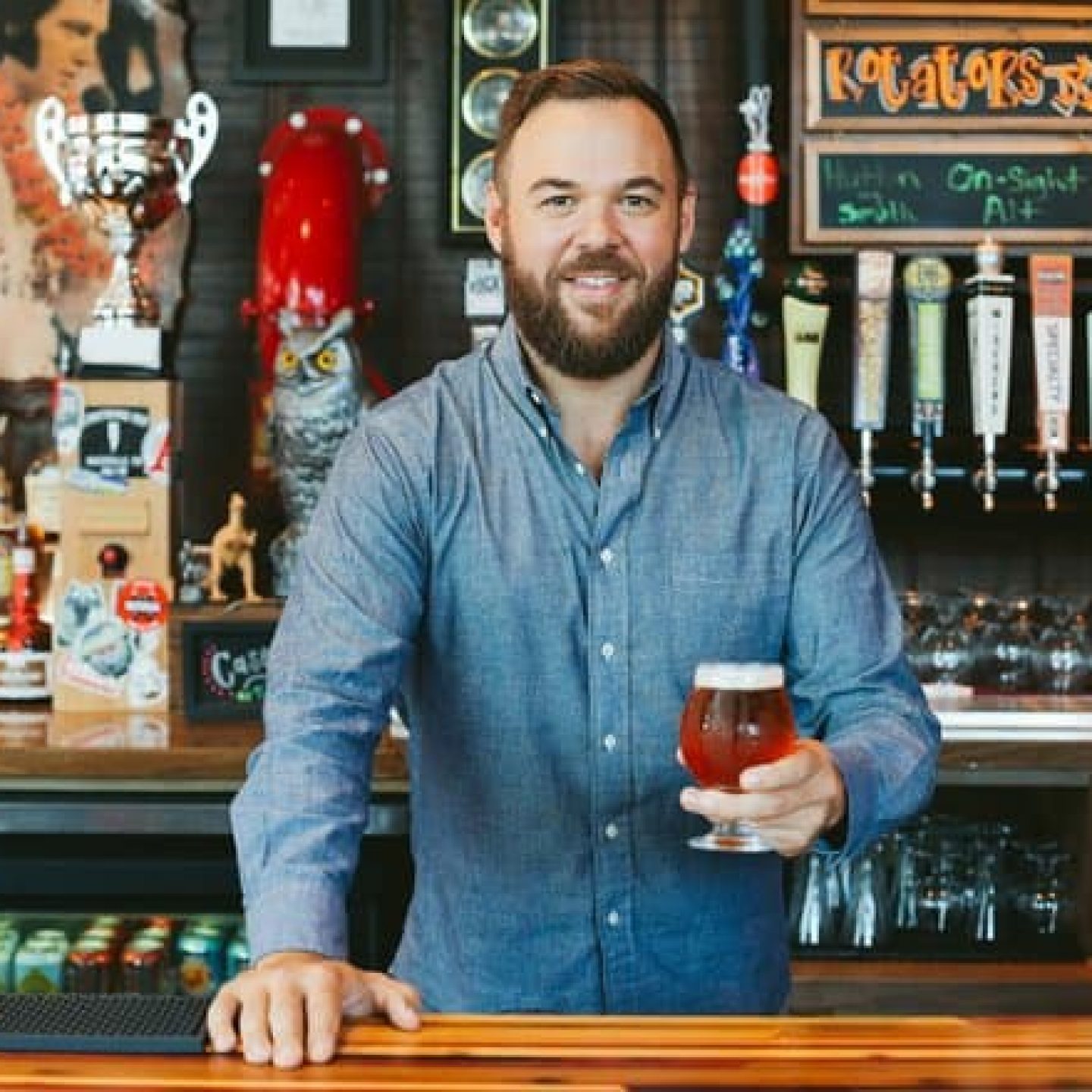 Austin Ray, owner of A.Ray Hospitality, which includes M.L.Rose, The Sutler Saloon, and Von Elrod’s Beer Garden & Sausage House, has been putting together some of the city’s most comprehensive beer lists for nearly a decade. Here, he reflects on Nashville’s beer evolution, discusses what goes into making a good list, and raises a pint to Nashville’s craft beer scene.

Nashville Lifestyles (NL): You opened the Melrose Neighborhood Pub on what is now 8th Avenue in December 2008. Was craft beer much of a focus at that time?

Austin Ray (AR): Incredibly, it was not. Draft beer was always important. And there was already some support for local beer, like Yazoo, which was already on the market. But craft beer was not our original brand alignment. Then, we became one of the first in Nashville to start carrying Fat Tire, and it exploded. We became the number one seller in the state of Tennessee.

That’s when I said, “Okay, maybe I ought to pay attention to the whole craft beer thing.”

Before that, I think we had 10 or 12 taps, and probably half of them were macro brands. One by one, the big guys fell. I got a lot of static about that from the distributors, whose bread-and-butter is those big brands. But we just started to see some real passion behind craft beer. The decision, frankly, just got easier and easier as time went on.

NL: Walk us through the evolution of the beer menu since then.

AR: Well, it was a green sheet of paper, way back 10 years ago, with just a list and prices. With no categories whatsoever. It may have been alphabetical—I have no idea. But it did not help you choose a beer. The menu has had several evolutions, but it got better when we made up the current categories. There are nerdy, correct beer categories that we could have used. But, within those categories, there’s so much variety.

I really wanted this menu to start from, “What do I want to taste?”

So, we made these category headings [like “Smooth and Easy,” “Balanced Hops,” and “Porters & Stouts”], and you can look and go, “Okay, I want a hoppy beer; okay, I want a really hoppy beer; I just want something I can enjoy; I want something that’s light.” [Once you] get there, then we try to keep it contained and not give you too many choices within any given category.

NL: You’ve exploded since then, adding two more locations, and changing the name and tagline to M.L.Rose Craft Beer & Burgers. Plus, you opened The Sutler and Von Elrod’s. What goes in to beer menu planning now?

AR: So, The Beer Council, as we call it now, became official in 2016. It became necessary with multiple locations—and just the sheer number of choices on the market. I can’t drink all that beer. But I can try (laughs). It includes managers from each M.L.Rose, our marketing team, and a few from our operational office, about 12 to 14 people.

Early on, we would taste up to 100 beers, but that got out of control, and your palate would get wrecked. Now, we’ve formalized things, using some of the best practices of beer judging—plastic cups, marking each cup, using all of our senses to judge. Each group might bring 10 to 12 beers, and we sip, take notes. Then, we line them up, so we can see the packaging, and put them into “yes,” “no,” and “maybe” groups. Then we sleep on it before making the final selections and putting them on the list. Not everyone on the Beer Council likes every beer, and we have a variety of tastes and preferences. But, at the end of the day, sometimes it’s as easy as: “I like it” or “I don’t.”

NL: Is there a certain mix you’re looking for each time you change the list? Certain styles or regionality?

AR: There is no right answer to how many local beers we should carry versus just great beers that we find from anywhere. We will always make a point to know what’s happening locally and support these people that I’ve come to be friends with. But there’s no perfect mix. There is no rule for why or why not a beer stays on or comes off for the next season.

If anybody knew the answer to these questions, they would own the industry. There’s some mix of familiarity, brand recognition, quality, and trend that all blends together into what people buy. With the explosion of demand, and, subsequently, the explosion of supply and variety in the market, our newer challenge is that you can get craft beer at the gas station. So, I try to challenge the Beer Council to figure out: Is it good enough?

NL: Each M.L.Rose has 36 taps, plus dozens of bottles. How much beer are you moving through?

AR: When we expanded to what usually hovers around 100 total beers, I thought, “Man, we might have to backpedal on this.” But all this beer sells. That just shows you the interest people have in it. There will be a few that are very slow moving, and they won’t stay on the list, but they still move. There’s never been a beer in this building that’s just been sitting, unless something went wrong with the distributor. I’ve always been surprised and impressed by that. We recently looked at the data and learned that we’ve sold more than three million beers to date.

NL: Our city’s beer scene has changed dramatically in 10 years. What’s been the biggest improvement from your perspective?

There’s very much a family feeling and a “we’re all in it together” aspect between the Nashville brewers and places like M.L.Rose and the distributors.

It’s in everyone’s interest to sell very fresh beer; not only fresh, but that comes out of well-cared-for beer taps and is the proper temperature and served in good glassware. Plus, there’s been an explosion of options in town. As a craft beer drinker, I feel spoiled pretty much anywhere. I can go to a Preds game and have really good options.