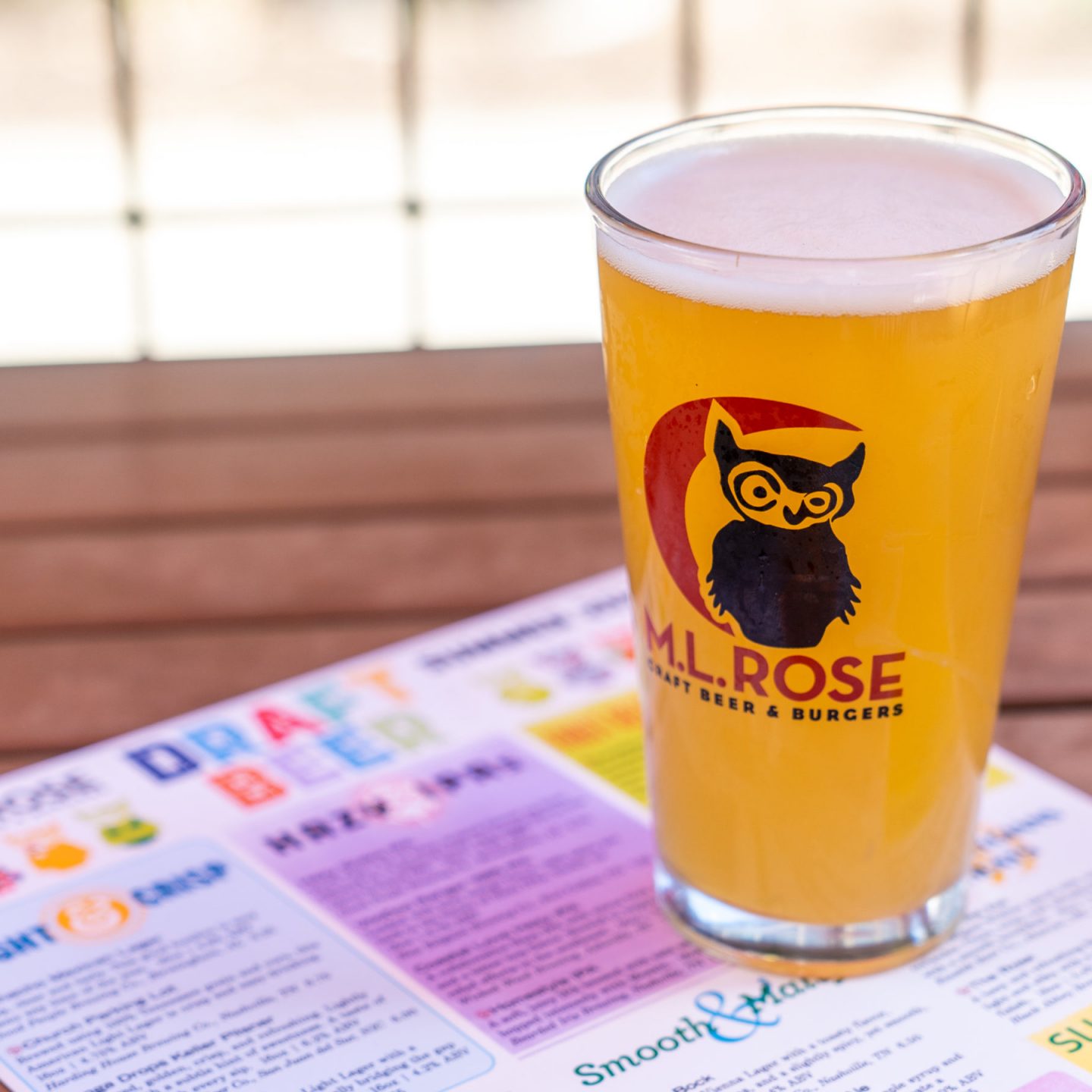 Behind the scenes of M.L.Rose’s exclusive beer council

Popular local craft beer destination M.L.Rose Craft Beer and Burgers has a prominent presence spanning four distinct locations across Middle Tennessee. However, something all of its sites have in common is its top-notch beer list.

The selection process deciding which beers make the final cut is far from a simple one. Every single beer that lands on the menu is voted on by members of an exclusive beer council. In-house representatives and invited experts take part in the process which occurs whenever it’s time to swap the beer options offered by M.L.Rose. Whatever the majority gravitates toward is chosen to be on the seasonal catalog. The beer list is broken down into categories. Otherwise, if the beer menu is presented as one long list, it could be intimidating to guests, especially those who are not yet enthusiasts. Bright & Crisp, Fruit Beer & Cider, Sours, Blondes, Belgians & Wheats, Slightly Hoppy, Smooth & Malty, Flights, Hazy IPAs and Big Bold Hops are categories offered this summer.

The beer council analyzed notes on the previous menu and potential adjustments to it and ranked each beer divided by the aforementioned categories according to specific scoring guidelines after various tastings. Austin Ray, owner of M.L.Rose, said he likes to challenge the team and push back a little to keep the judging process honest and free from any arising biases stemming from personal preferences.

For instance, Harding House Brewing Company’s Tennessee Haze session IPA, although clearly within the range of Ray’s high expectations for a Hazy IPA, didn’t exactly seem like a perfect fit for this summer’s specific group of beers at first sip. However, many beer council participants deemed it their “fall on their sword” beer, landing it a spot on the finalized menu.

Categories are typically trimmed down to seven items or less, making the choices easier to navigate. “Our philosophy is if I can find the category that I like, then I’m a lot closer to getting what I want to drink. If you can get to the category, we can help you get to where you want to go,” said Ray. A tendency for spring and summer trends, in terms of the categories, to not change as often compared to the summer to fall or from winter to spring has been detected. From summer to fall, a darker and richer beer is preferred. From winter to spring, a demand for bright and crispy-tasting beer increases. Stronger beers are highly sought after as the holidays approach. Hops are good year round. There are certain beers that were and still are clearly favored amongst council members — take Yazoo Brewing Company’s Locale Session Ale, Hi-Wire Brewing’s Mountain Water Citrus Splash or Great Raft Brewing’s Reasonably Corrupt IPA — but it’s very difficult to know what to expect in terms of popularity nonetheless. Ray said, “It often depends on what the team is excited about and what they’re getting behind. It can also be very surprising. We’re looking at trends over a quarter, over three months at a time. It’s not just one or two days.” Furthermore, the bestselling local taps that are switched out often vary across the different M.L.Rose restaurants. “I think there’s an individual culture, and each neighborhood and each of our locations help to push that in different ways. That’s part of the fun about the rotating beers,” stated Ray.

Sometimes there are repeat hits from the past that remain on the beer list, but the brewing world grows and changes so quickly that the beers of the moment shoot to recognition suddenly, only to be replaced by new front-runners just as swiftly. “We could walk around knowing what’s the best beer on the menu, but not see it doing great sales just because of the trends and what’s popular and what people know,” said Ray. “So we do see that as part of our role: how can we push it? How can we push the envelope on new categories, new flavors, new things, new breweries that people haven’t heard of?” M.L.Rose aims to support newer, smaller or neighborhood breweries whenever possible as well. For the eatery, it’s nice to see a startup grow and flourish. There’s a special kind of value and a joy in playing a role in their growth and development. “We take this seriously, but it’s still fun work that we love to do,” Ray said. “We put in a tremendous amount of effort into bringing a great selection variety, but also just the best beer that we can find.”